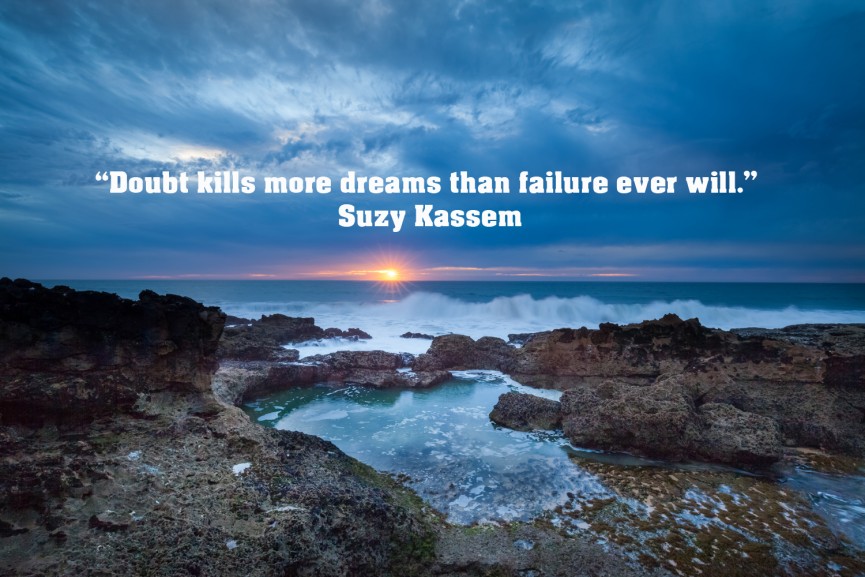 Have you, at some points in your life, been caught in a mire of doubt and uncertainty?

It happens to the best of us.  The following story is about just that and how to navigate through the mire of doubt and uncertainty.

So, What Happened with Kayla Here?…

Kayla couldn’t drive now.  Through the flood of tears, she pulled off onto a side road and just cried.  How did she get in this place?  She desperately needed this job and could not figure out how she was going to get all this work done in the next 48 hours.  “What do I do?  I feel so stuck in this mud of doubt and I am so uncertain about how I am going to cram 2 months of work into 2 days.”

Kayla’s feelings of fear and abandonment overruled and jammed any logical thoughts.  The past few days’ events poured into her mind as she struggled to find an answer.  Just the night before, she felt so safe and secure.  She and her team had reviewed the data for a customer’s new drug and had concluded that it was not a safe drug and might even cause some people to die.

Their new Director had replaced her old pal Cliff, who was the person she had relied on to steer her through her moments of uncertainty and doubt.  Cliff worked well beyond retirement age and had passed away just a few months ago.  The new Director, Jason, came with credentials.   He used a different method of statistical analysis to bring two new, life changing drugs onto the market for his previous employer.

After their meeting with Jason this morning, she now doubted her team’s conclusions.  Trusting others did not come easy to Kayla because she wanted to protect herself from so many who became untrustworthy with her all her life.  She learned to rely only on trusting what they believed in as a way to trust.

Jason criticized her team for not using his method in their validation report.  He envisioned a crowning achievement for his department and their customer by facilitating a government approval.  But Jason was stunned to see them unsupportive of this drug that he hoped would really help people. He expertly convinced her of the importance of the approval for this drug, so the average person would have access to what was now only available to those with a high end insurance plan.

Kayla reflected on how her former mentor, Cliff, had believed in her team, Jack and Marie. Kayla’s mind became a whirlwind of doubt, questions and blame as she worried.  Somehow they missed this opportunity and had become untrustworthy.  Jack, the statistician, and Marie, her validation specialist, must have done all their work following the status quo rather than explore the reasons why Jason was hired into this position over all of them.  Maybe Jack was jealous for being passed over and trying to sabotage Jason.  Righteous Marie was probably caught up with being right.  Kayla’s berating thoughts dominated her intellect, giving more fodder to her doubt and uncertainty.

In her meeting with Jack and Marie afterwards, her words were angry and accused them of being untrustworthy and steering her in the wrong direction.  Now all of them may be fired if she didn’t come up with a plan.

After they left, Kayla felt the loneliness and despair begin to dominate her spirit.  She had to think of what to do to shake off these feelings.

So that is how Kayla came to be in her car, at the side of the road, sobbing with desperation.  Gradually her tears subsided.  She was startled as she thought she saw a flash in the mirror of a man smiling in the back seat.  “Oh my God!”  Quickly she turned around and saw no one in her car.  Boy, now her fear was playing tricks on her.  She didn’t need that now.  She doesn’t remember what happened next.  Maybe she dozed off into a wondering sleep, thinking what Cliff would say to her in this situation.

It was Cliff’s image that showed up in her mirror. “Oh, I am so relieved that you are here to tell me what to do now,” said Kayla.

“Nope,” cried the image of Cliff.

“Oh so now you’re leaving me too.  That is twice now,” whined Kayla.

She continued, “Everyone else has left me, Cliff.  Why would I think you were here to help?  You know that team you had me trust?  Well, they are nowhere to be seen now either.”

Cliff wore the usual salty grin on his face.  “Still playing ignorant, Deary, are you?”

Oh how she hated that chauvinistic name he called her, but it was his way of being endearing and not mean at all.

“Ignorant with what”, demanded Kayla.

“I’m not going to tell you.  You know I never do,” answered Cliff.

“Deary, how did you feel when you got your team together after Jason’s meeting?”

“I was feeling scared and betrayed,” stammered Kayla.  “It just goes to show that you can’t trust anyone to do it for you because in the end, they just become irresponsible and then they leave you.”

“Stick with those feelings, Deary.  You can’t move through the entanglement of doubt and uncertainty by pushing yourself away from your feelings.  Feel them fully and feel where they are in your body, right now.”

Kayla went along with this guidance.  She did what Cliff usually advised her to do.  Then some subtle softening happened inside.  She was more relaxed as her desire to stop those feelings abated.  She started to observe those feelings and fully accepted them.  They just passed through her now.

Cliff eyed her with a caring countenance now.  “Oh Deary, now we can get to the heart of this matter.”  Cliff’s salty wisdom penetrated deep within her soul as he asked, “So what was that lame thing you did in that meeting with Marie and Jack, you know what you always want to do?”

“I gave them my brutal honesty that their work lacked integrity,” replied Kayla.

“Well before you delivered your brutal honesty, Deary, did you stop to ask Jack if he had conducted Jason’s way of analyzing the data?”

Kayla was overcome with remorse now.  She had no idea if Jack did or did not conduct that kind of analysis.  She automatically didn’t trust them.  “I blamed them for betraying my trust in them.”

“What happened next, Deary?”

“They were stunned.  They just stared at me and then they left,” answered Kayla.

“So whose action spurred them into leaving you on your own, Deary?”

“Now here is an important question, Deary.  What could you have asked Jack and Marie without mistrusting them first?”

“Oh my,” thought Kayla.  “I could have asked them what they did already and their thoughts about Jason’s proposal.  Gosh I feel so sorry for pushing them away.  I need to go back to apologize to them and ask if we can start over.”

Shaking her head now, she was not sure what just happened, but she was going to go back and make things right with Jack and Marie.  Maybe they could work together to get out of this mess.

Kayla’s meeting with Jack and Marie went well.  Jack had already completed Jason’s type of analysis before he and Marie wrote the failed drug report.  They concluded even Jason’s analysis was not able to approve this drug.

Now the question became how to present the data to the government auditors without any backlash from Jason or the customer.  Kayla helped Marie feel her way though her fear of not doing it perfectly and navigate her doubts.  It was Marie who came up with a strategy that divided the presentation up into pieces to be given partly by her team, a piece by Jason, and the drug data by the customer.

48 hours later, Kayla was back on that road with Cliff in the car mirror.

“Fantastic,” Kayla exclaimed.  “The customer stumbled through answering the questions from the government auditors.  They spilled the beans with the information about the dangers of the drug.  We successfully stopped a dangerous drug that was not ready to go to market.”

As Kayla just sat with this moment, she was suddenly overcome with the grief that she had not allowed herself to feel with the loss of a boss and great friend.  Through her tears, she could still make out Cliff in the mirror.  “Why did you have to leave,” she asked?

“I was done Deary.  I finished my life purpose.  I had given you all I could and had to leave you, so you could figure this out on your own.  You know pushing your feelings aside won’t steer your way to navigate through the mire of doubt and uncertainty.  You have to feel them and allow them to pass through you.”

Kayla just allowed all the grief to come forward now.  She spent what seemed like hours crying.  As her tears subsided, she glanced up once more to see Cliff looking back at her with his salty smile.

“Can you let me ship out now, Deary?”

“I guess so,” said Kayla.  “I miss you so, but is this really you or just my inner guidance?”

I hope you enjoyed this story of Kayla’s and how she was able to learn how to navigate through her doubt and uncertainty.  Some of you may be aware that the driving force behind Kayla is a Safe and Security personality (see the enneagram guide for development). What did you learn from this story?  Make a comment in the comments section.  Please share this on social as well if you liked it and it was helpful to you.

Please see our Miracle Grids Shop for some amazing products to help you live a better life.

There are Meditations that help you discover your truth and feel yourself in a state of healing, happiness & joy, have a positive self image and be able to let go of stress.

There are 3 Mastery series products, which have Meditations, guides and eBooks, all to help you get to a place of calm, have lasting love in your life and learn about mastering abundance and prosperity.

Look for a sample Meditation on our Home Page.

Why not login for Instant Access to our Free Meditation to help lift your feelings in minutes.